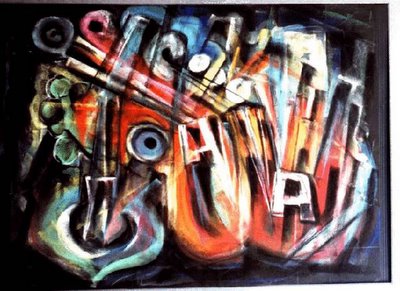 The state of music has discouraged me at times over the years. Technology has in some cases stolen the creativity out of the music! Sampling music has become a lucrative way for producers to take a sound from another artist's work, and make it their own. In some cases, the original artist is paid for their sample, but many time they're not! Don't get me wrong, I am not complaining. I personally enjoy hearing some of my favorite classics being rehashed with a great singer or MC laying verses over it. My problem with sampling is the lack of knowledge that's given to the younger generation of music downloaders and consumers that have no clue that Kanye West used an Aretha Franklin sample when he produced the track, "Ms. Fat Booty" for Mos Def. Do they know that Kirk Franklin's lastest single, "Looking For You" uses a classic Patrice Rushen sample? That type of information is unknown to most, unless you read the fine print in the album credits. With downloading being so popular these days, most people don't own the original album CD booklet to find out that type of information even if they wanted to!

I remember back in the day, when I was trying to introduce my uncle (who DJed professionally for several years) to some hiphop I was listening to, and he would deliberately point out what original song that artist stole from to make the beat! I thought it was funny back then, but now I appreciate the point that he was making. In the early days of hiphop, rap artists didn't put the original sample information in the liner notes of their album in most cases? No credit or money was given to the original artists at all! Those conversations with my uncle encouraged me to seek out the original songs that were used for sampling in some of my favorite hiphop songs. Over the years, I have collected some incredible music from the 70's and 80's, where a lot of samples used in the later years were created. Today's producers can flip, strip, screw, and chop any sample into something the original artists themselves wouldn't even recognize with the technology that is available in the new millennium. That makes it harder the catch the theives!

Why learn how to play an instrument, when you can just sample it? Why be creative when you can just steal someone else's creativity?? These are the types of attitudes that have killed the music industry in some aspects! Some loyal consumers I know personally have become disgusted with the politics, lack of creativity, and blatant exploitation of today's music! In most cases, I can't blame them! I am trying to do my part in keeping good music alive by spotlighting artists with this site that don't normally get the exposure they deserve. I also buy music to support these artists as well! Let's not forget, it is a business!

A few months ago, I put together a mixx of classic hiphop songs and the original samples that they used for the beats! I did it for fun. Recently, people have been asking me for a copy of that mixx, so I decided to share it with everyone for a limited time! Some of these samples you may know, and others you may not? Check it out, just because it's musically interesting if nothing else. There is probably one sample that will surprise you? I will provide the tracklisting at a later date for you folks that want to know the name of the original samples!

Download the "Sample This Lesson 1 Mixx" here for your listening pleasure! Leave a comment, and let me know what ya think!

Click here to see the tracklist of songs for this mixx!

I feel ya on the samples. I think the sample business has become abusive. When you hear a performer live they sound totally different from the records. Sometimes that's good, and other times its bad. Nice post. I will be checking the site.

I love this mixx man!!! Keep them coming!

glad i found this blog..good info - kirk franklin web site this page is a great
resource as weill

DJ SoundNexx
The SoundNexx Experience is about taking your listening savvy to that nexx level, with the discovery, recognition and appreciation of great music and artists in various genres!

Sites Where I Dwell