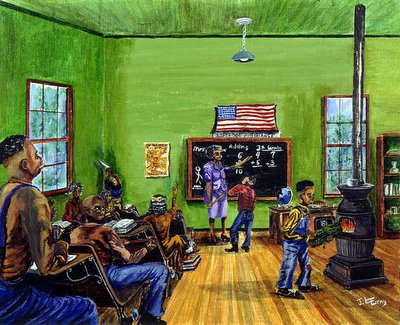 Alright folks, here is the official tracklist for the "Sample This Lesson 1 Mixx" that I posted last week. I got a few emails from some peepz trying to guess the sample titles? Some folks got a few of the original samples right, but they were most of the easy ones? I guess I could give credit for those who figured out the "Mary Jane Girls" and "Juicy" samples? If you didn't already know those samples, you need to do some homework for real. Sampling got really bad in the 1990's, but now it has become a way of life for the average producer! The electronic-technology phase of producing has latched it claws on production these days! These guys are so creative when disguising the original samples they use, but I am going to expose all that I can!!! You as fans of this music should know where the samples originated! Taking it back to the day when artists had bands that played "real" instruments!!! More to come on that......

GET THIS MIXX HERE!
Posted by DJ SoundNexx at Thursday, January 12, 2006

mad mix don can you re-up it please...thanks

Damn, I'll see if I can track this mixx down. It's been over a year, so I'm not making any promises though. Next time leave your name, so I'll know who I'm conversing with...

Do you know what Pete Rock samples in the outro of "All the places?"

@Zen - When I first read your comment, I thought you were asking about the beginning sample of the Pete Rock track, which is "Take Some, Leave Some" by James Brown! U are talking about the beat that comes on at the end of the track once the original beat fades out, right? I'll have to listen to it again to see if I can figure it out for you.

Thanks for coming thru...

If I were gold für wow a boy again,world of warcraft gold I would practice perseverance wow gold cheap more often,maple meso and never give up a thing because it was or inconvenient. If we want light,Maple Story Account we must conquer darkness. Perseverance can sometimes equal genius in its results.wow gold kaufen “There are only two creatures,”cheap maplestory mesos syas a proverb, “who can surmount the pyramids—the eagle and the snail.” If I were a boy again,wow geld I would school myself into a habit of attention;maple mesos I would let nothing come between me and the subject in hand.maple story power leveling I would remember that a good skater never tries to skate in two directions at once.billig wow gold The habit of attention becomes part of our life, if we begain early enough. I often hear grown up people say maple story items“ I could not fix my attention on the sermon or book, although I wished to do so” , wow powerlevelingand the reason is, the habit was not formed in youth. If I were to live my life over again,wow leveling I would pay more attention to the cultivation of the memory. I would strengthen that faculty by every possible means,wow power leveling and on every possible occasion.maplestory powerleveling It takes a little hard work at first to remember things accurately;cheap archlord gold but memory soon helps itself, and gives very little trouble. It only needs early cultivation to become a power.

After separate for one year, I can not leave you, leave Scions Of Fate gold . Now I buy SOF gold again, I do not want to leave you, but at that time, I have no idea. Buy Scions Of Fate money is the thing I want to do for long time. I know that cheap SOF gold is your life. So I will try my best and do not let you pass away. In my mind, I think I buy sof gold is the fate.

Without hesitate, I bought second life linden , in the game I can find myself. I feel lonely, but I do not want to talk with anyone, so I buy lindens . At present, think the happy day I spend in knight, I am eager to enter it, and cheap linden . Own linden dollars , it means that you own the life of happiness. So I will not leave secondlife money . It is the origin of the happiness.

I am so happy to get some maple mesos and the mesos is given by my close friend who tells me that the cheap mesos is the basis to enter into the game. Therefore, I should maplestory mesos with the spare money and I gain some maple story mesos from other players.
It is the Metin2 gold which make me very happy these days, my brother says Metin2 yang is his favorite games gold he likes, he usually buy some Cheap metin2 yang to start his game and most of the time he will win the Cheap metin2 gold back and give me some Buy metin2 gold to play the game.

Do you know dofus kamas? I like it.
My brother often go to the internet bar to buy kamas and play it.
After school, He likes playing games using these cheap kamas with his friend.
I do not like to play it. Because I think that it not only costs much money but also spend much time. One day, he give me many dofus gold and play the game with me.
I came to the bar following him and found buy dofus kamas was so cheap. After that, I also go to play game with him.

Do you know eve isk? I like it.
My brother often go to the internet bar to buy eve online isk and play it.
After school, He likes playing games using these buy isk with his friend.
I do not like to play it. Because I think that it not only costs much money but also spend much time. One day, he give me many cheap eve isk and play the game with me.
I came to the bar following him and found buy eve online isk was so cheap. After that, I also go to play game with him.

Do you know that the wow gold? The players often forget to eat meal when they play the online games. In the game many players need the World of Warcraft Gold to up their levels. so they often search where can warcraft gold, I think our website maybe is your best choice. Many friends told me that in here can get buy wow gold, and here you can also relax yourself. so i hope more and more players come here to buy the cheap wow gold.

Do you know seal cegel? I like it.
My brother often go to the internet bar to buy sealonline cegel and play it.
After school, He likes playing games using these seal online cegel with his friends.
I do not like to play it. Because I think that it not only costs much money but also spend much time. One day, he give me many cheap seal cegeland play the game with me.
I came to the bar following him and found buy seal online cegelwas so cheap. After that, I also go to play game with him.
It is a very nice game silkroad gold, I like sro gold. You can play it silkroad online gold, you can buy the cheap silk road gold. You smart and buy cheap silkroad gold.

I like hero gold very much because it is very useful. In fact at first sight I have fallen in love with hero online gold. So no matter how much I have spent to buy hero gold, I never regret. Because of hero online money, I meet a lot of friends. So I never hesitate to buy hero money.
I like holic gold very much. Since I entered into this game, I learnt skills to earn holic money. Thanks to holic online gold let me know a lot of friends. It is my habit to buy holic online money, and I get some cheap holic gold from my friends and Internet.

DJ SoundNexx
The SoundNexx Experience is about taking your listening savvy to that nexx level, with the discovery, recognition and appreciation of great music and artists in various genres!

Sites Where I Dwell